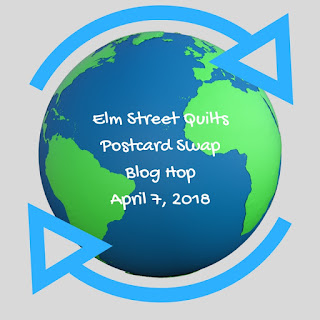 Welcome to the Elm Street Quilts Postcard Exchange Blog Hop!
Links to the other hop participants are at the end of this post.

I had the BEST time making this 3D Wonder Woman postcard quilt for Sabrina. I hope you enjoy learning about its coming-to-be story. Lots of extras below for Wonder Woman fans! 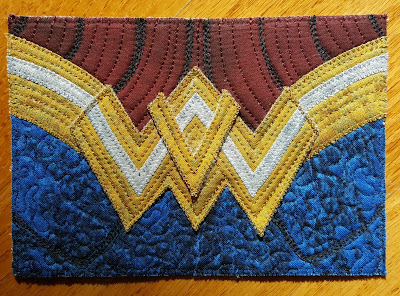 This is 6 x 4 inches, has 3D work at the belt buckle, and a double backing so that I could include a printed postcard note. (I'm also linking to TGIFF at Celtic Thistle this week since I hadn't done a proper finish post for it before.) 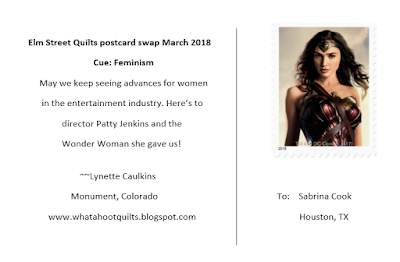 Before I get into the details of Wonder Woman, I also want to share the fantastic postcard quilt I got - all the way from Australia! Check it out! 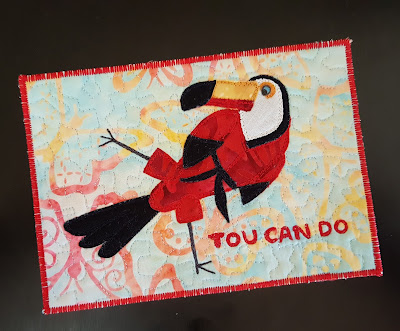 Dione of Clever Chameleon - and the producer of the Color Bears BOM that I'm doing - got my name with my cue word, "Bird." You can read her Postcard Exchange post here: https://www.cleverchameleon.com.au/postcard-parade-2018/

She got the awesome idea of making a Blackbelt Toucan because I train in Taekwondo with my family, and three of us got our Blackbelts this past October. She even made the dobok the same color as mine! This tickles me to no end, and keeps me company at my longarm, pinned at eye level close to where I stand. Even funnier is the fact that the mailman handed this to us as Marissa and I pulled into the driveway after being at Taekwondo training. :D  Too completely perfect in every way!

Back to
Wonder Woman: 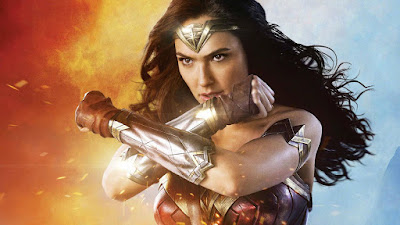 I was matched with Sabrina in Texas, and when I read her prompt of “Feminism,” I had a bit of an “oh, no!” moment. Not because I don't like beneficial feminism, but because it seemed such an abstract concept to me to render in an art form, and I am not good at executing abstract ideas.


But then we went to see the Black Panther film. In my absolute enjoyment of the marvelous women in this film, particularly the beautiful, powerful guards, I knew I wanted to represent my love of how far women have come in action movies, specifically super-hero films. 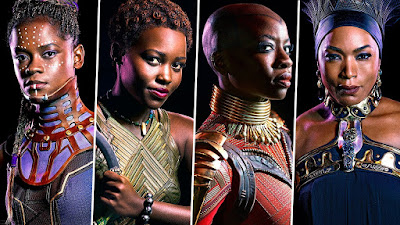 And here's the trail my mind traveled:

I grew up in the ‘70s and '80s. Linda Carter’s Wonder Woman, while leaving much to be desired in terms of female equality in action figures, was a shiny hero for us young women in an era when virtually every single female on TV squealed in paralysis for a male to save them. Women in action shows were sorely lacking in real power, effectiveness, and legitimacy - even Wonder Woman was limited in what they'd let her be, compared to male superheroes. But, oh, how we loved her! 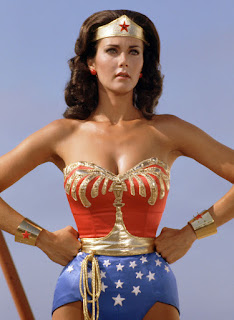 More recently, when Black Widow appeared in this generation's string of action films, I was completely enchanted and 100% in love with her! So strong, beautiful, alluring, and yet a full-fledged member of the team - powerful, and not sluttified. I thought about figuring out a way to make a Black Widow postcard, but found that extremely difficult to work up. 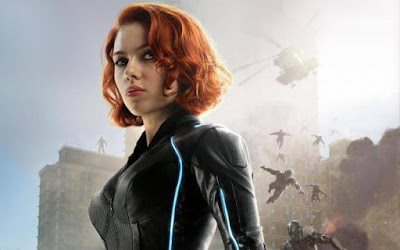 So I mulled over the path between her and the Black Panther women – who I also found too difficult to render. Fortunately for me, we have a marvelous character rebirth and directorship between those two points. 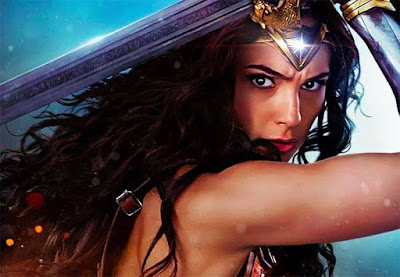 When I first found out about the new Wonder Woman film and saw the initial releases of her appearance, I despised it all. It was ruined, she was nothing like our beloved Wonder Woman! Where were her red and blue colors? Her All-American-ness? I hated it, because she wasn’t “our” Wonder Woman from our youth. 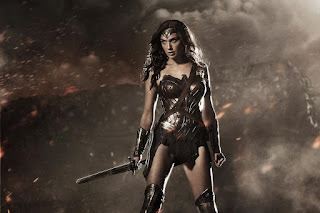 But I let my son-in-law drag me to the movie when it came out, and: OH MY GOSH!!! 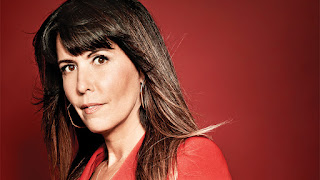 In itself, Jenkins' directorship of Wonder Woman was a humongous step forward for feminism in the film and superhero industries. Her “No Man’s Land” scene is one of the most powerful theater experiences I’ve ever felt. I saw that scene right away as a feminist rendering of all the shots women have to fend off, and Wonder Woman does it with iconic strength, determination, beauty, purity, and absolute unwavering faith in herself and those she is protecting.

So Wonder Woman definitely needed to be rendered for my postcard to Sabrina. In fact, I made a batch of them so I could keep one, give one to my daughter, and have a couple of special Thank You's. Wonder Woman is bigger than a single mini quilt. I had to do her justice. 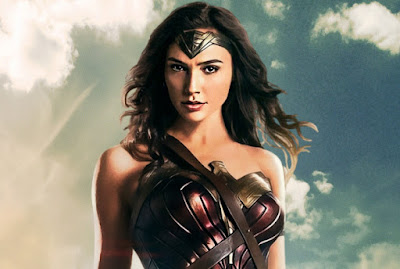 And here's how I did it, if you'd like ideas for your own play-time creativeness: 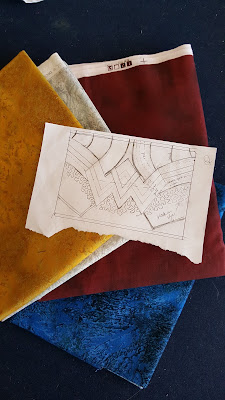 Construction:  It is difficult for me to draw things out, and it took at least two hours for me to make the pattern after studying lots of images online and choosing a representative focal point.

Luckily, I had the PERFECT fabrics in my stash, so I didn't have to wait for an opportunity to go into the city.

First, I sandwiched the blue and red backgrounds, using fusible fleece for stiffness, and did all the detail quilting, followed by a squaring-up as I trimmed them out. It was really nice having those pieces fused down before I started that intricate quilting, as they didn't shift on me at all. Then I fused the gold and silver belt strap pieces onto these bases and zig-zagged their edges and put in quilting lines. I had gutted the fusible out from the inside of the larger pieces like I normally do with fusible applique. After all this, I zig-zagged the postcard edges with dark monofilament thread. 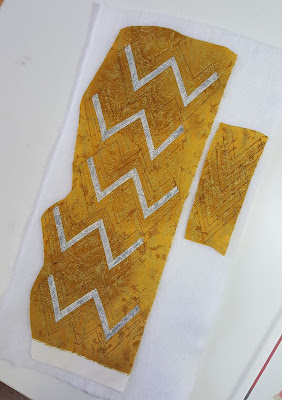 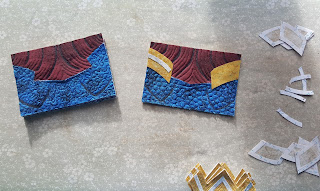 For the buckles, I traced the W and V pieces directly onto their fabrics, then fused them onto the fleece. It was easier to do their inner stitching before they were cut out. I did not use a backing on these. 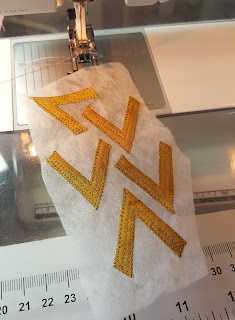 After I cut them out from the fleece, I zig-zagged their edges with the gold thread. The Vs were too small to handle - they'd get punched down into the hole, so I put them on a piece of water-soluble stabilizer that I soaked off afterward. 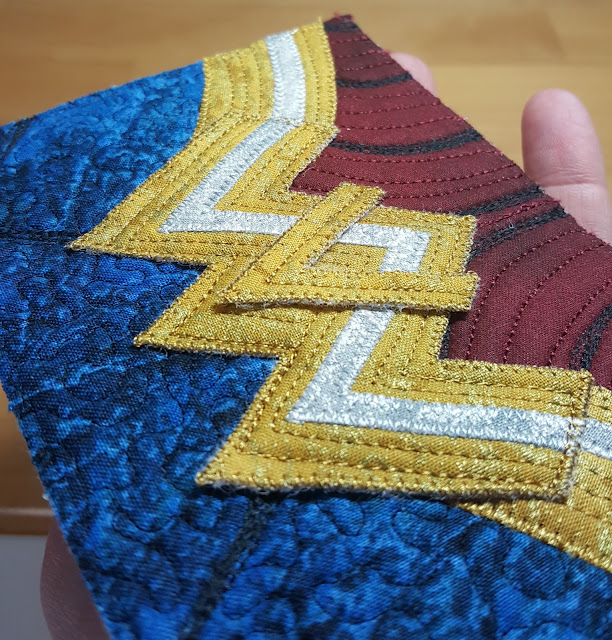 Last, I printed a back on a fabric printer sheet with an outline around it about 1/2" bigger than the postcard so I would have a way to center it. Can you see here how I did that? 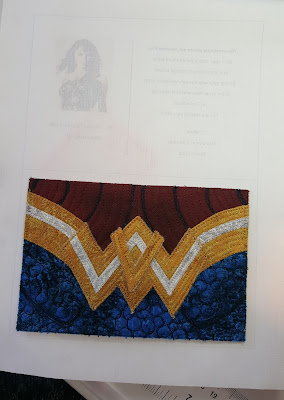 I could see that outline through the backside, letting me place the postcard squarely over it so I could edgestitch it down from the front, about 1/8 inch in from the sides. I used monofilament thread in the top and a cream bobbin thread, and for trimming it out, I found it best to fold the sheet back and slip long scissors into the fold to cut in line with the sheet's sides so I would get nice and close without hanging over the postcard's edge, but not snick the thread anywhere. Worked perfectly! 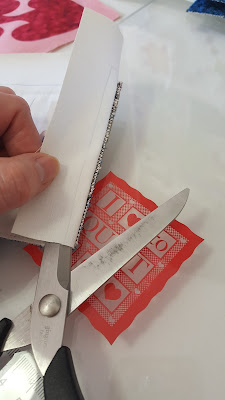 On Sabrina's postcard, I left one edge open when I sewed on the printed backing. That let me tuck a letter in that shared this mini quilt's story. It had come to mean quite a lot to me. Perhaps it has touched a chord that resonates with you, or even just entertained you for a moment in time.  :) 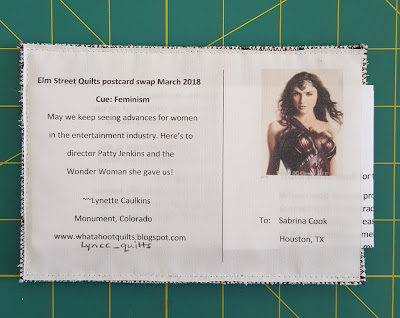 Thank you for letting me share my love of Wonder Woman and the pleasure of making this postcard quilt for Sabrina. Here are the other stories in Patty's Postcard Exchange Blog Hop, which goes live April 7:


Lynette @ What A Hoot Quilts