Finish Along - Quarter 3 Goal Post, getting back on track

It's that time - if you're participating, don't forget to make a Third Quarter "goal" sheet. The 2015 quarterly Finish-Along is hosted by Adrianne over at "On the Windy Side."

Quarter 2 was not productive at all for me in terms of finishes. In fact, I only had one little UFO finish on June 30th, which I never even recorded until now. That was the mini, "Twinkletoes" from my Sea Breeze collection of tops. 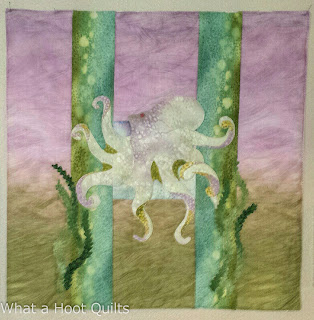 It's really hard to photograph the dimensionality of this one. The octopus has some great trapunto behind him: 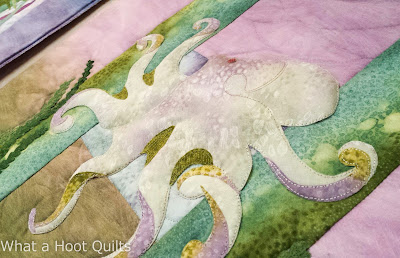 Our big accomplishment was Devon and Kyle's wedding on June 14th. 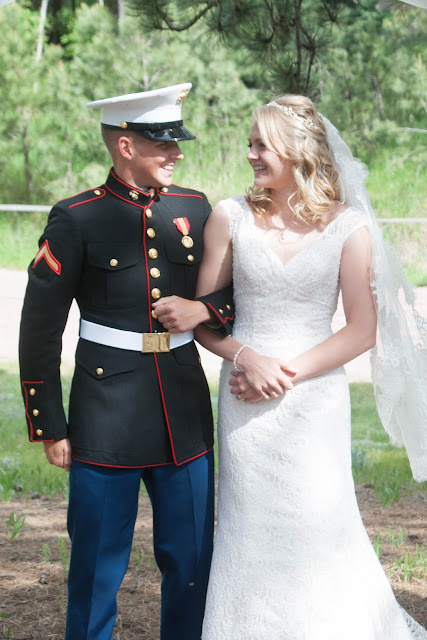 It was a perfect day, but ~WOWZA~ what a ride getting there! I am not a good party planner to begin with, and this at-home garden wedding was complicated by the fact that we could not actually count on the date until within 2 weeks of the event! The groom was at Basic Training for the Marine Corps. This is 13 weeks long, and is notorious for recruits getting bumped back to later finish dates because of anything from pneumonia to sprained ankles, severe pink eye, failed tests or rifle qualification, or even broken bones. So you can't bank on their graduation date until about 12 days before it will actually happen! They then have 10 days off before they report back for the rest of their training sequence before they go to their assigned job. It behooves couples to get married during that break instead of after Combat Training, because they want to get their first fleet assignment (which comes during combat training) as a married Marine, not a single Marine. Who wants that first 3-year assignment to be unaccompanied?? So, we dealt the best we could with the challenge of a possible date change. In the end, it all came off as planned, and even the anomalous weather we've had this spring/summer - weeks and weeks on end of hail every single day - defied that day's forecast to give us a perfect wedding afternoon/evening.

Three weeks out from their Big Day, I'm almost back to my normal routines. Which includes planning my quilting tracks.  :)

1. Devon & Kyle:
First in priority is finishing the wedding quilt and the Marine Corps quilt. I'm almost finished hand appliqueing the second half of the ribbons and birds on Devon & Kyle's double wedding ring quilt border. I may or may not get to report this as a complete finish by quarter's end, as the quilting will be highly detailed heirloom intensity, and I only have a tabletop machine. 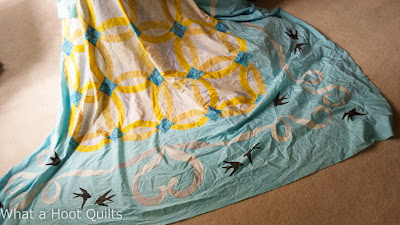 Kyle's Marine Corps quilt will definitely be finished by August 31st. :)  Just need to do the detail quilting in the red bands and some background fillers around the stars and in the center medallion. I took it with us to his graduation in San Diego, and was actually astonished that a partially-quilted project with some 500 safety pins in it inside my carry-on did not cue off a hands-on search through airport security. 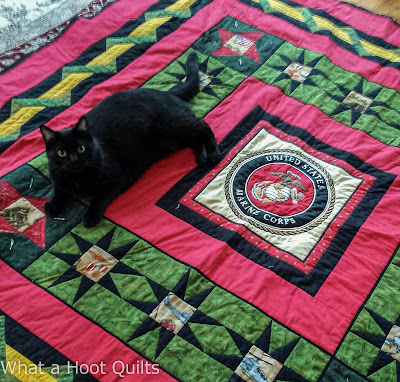 (Not spread flat because Navarre thinks this is his, and leaps onto it the second I lay it out anywhere. . . crazy cat!!) 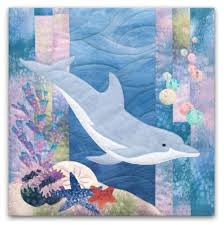 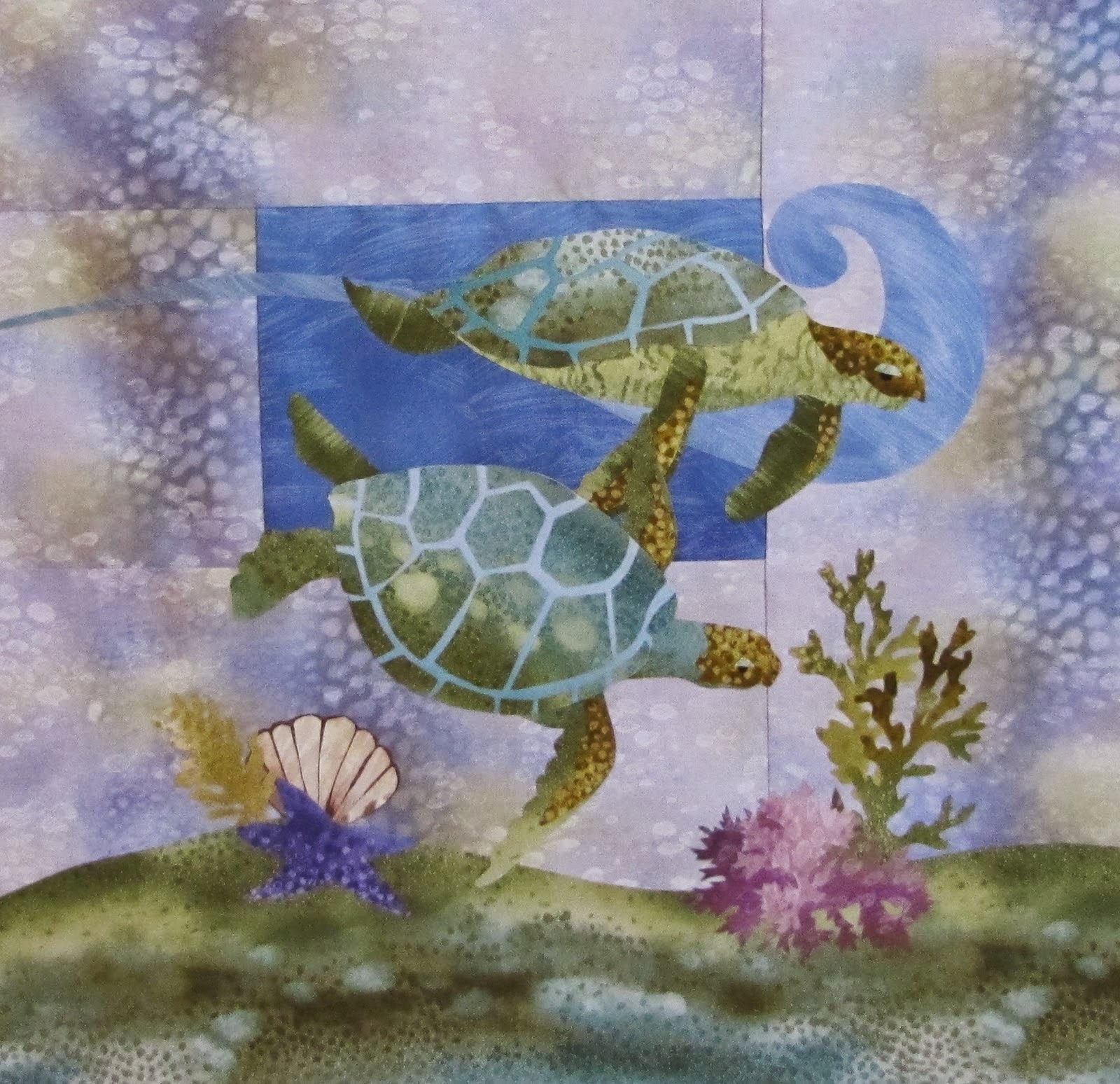 Maybe even "Tootsie and Rumples" or  "The Doodles"

or even "The Clampetts" 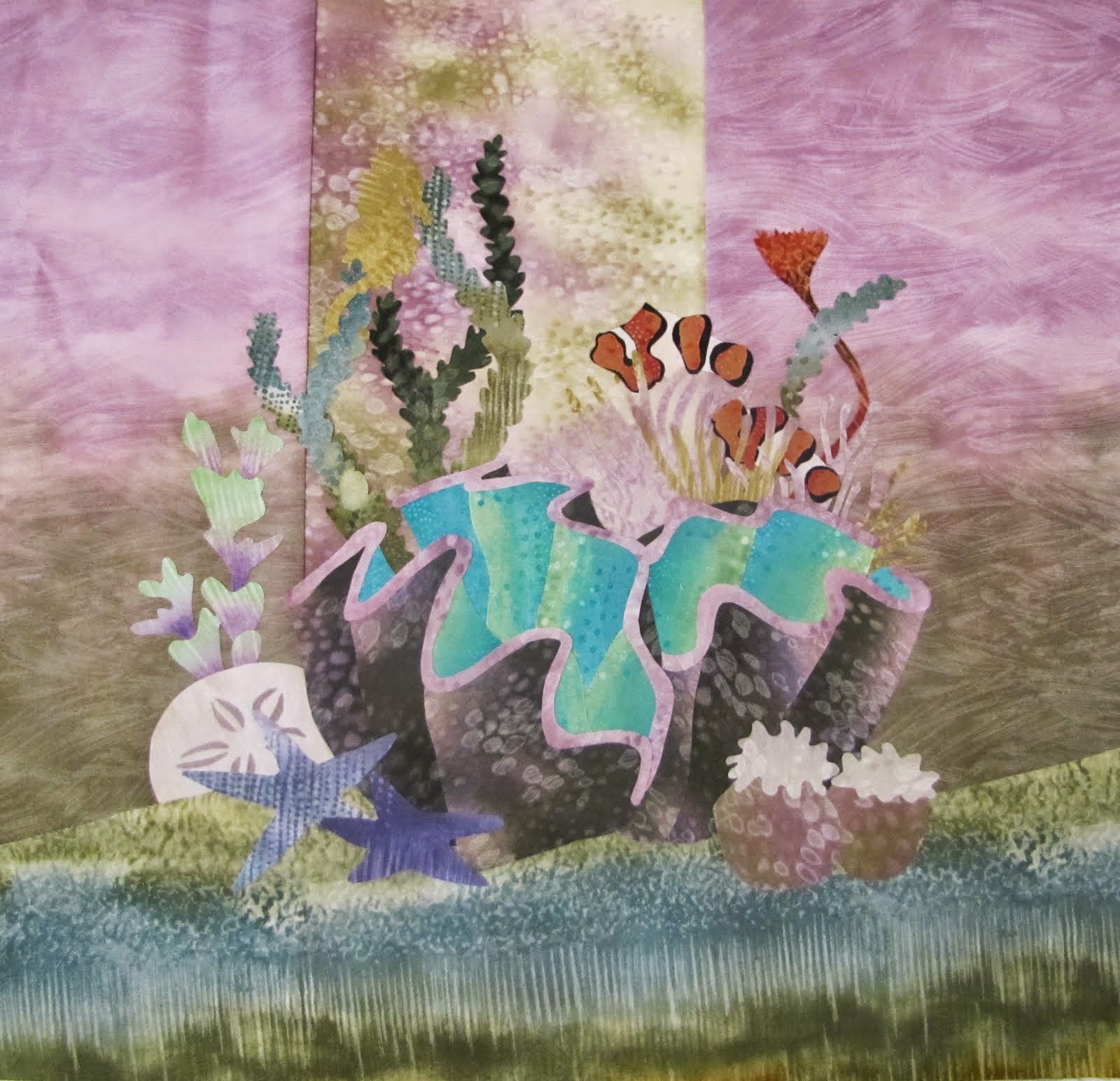 I would LOVE to get these two quilted for myself: 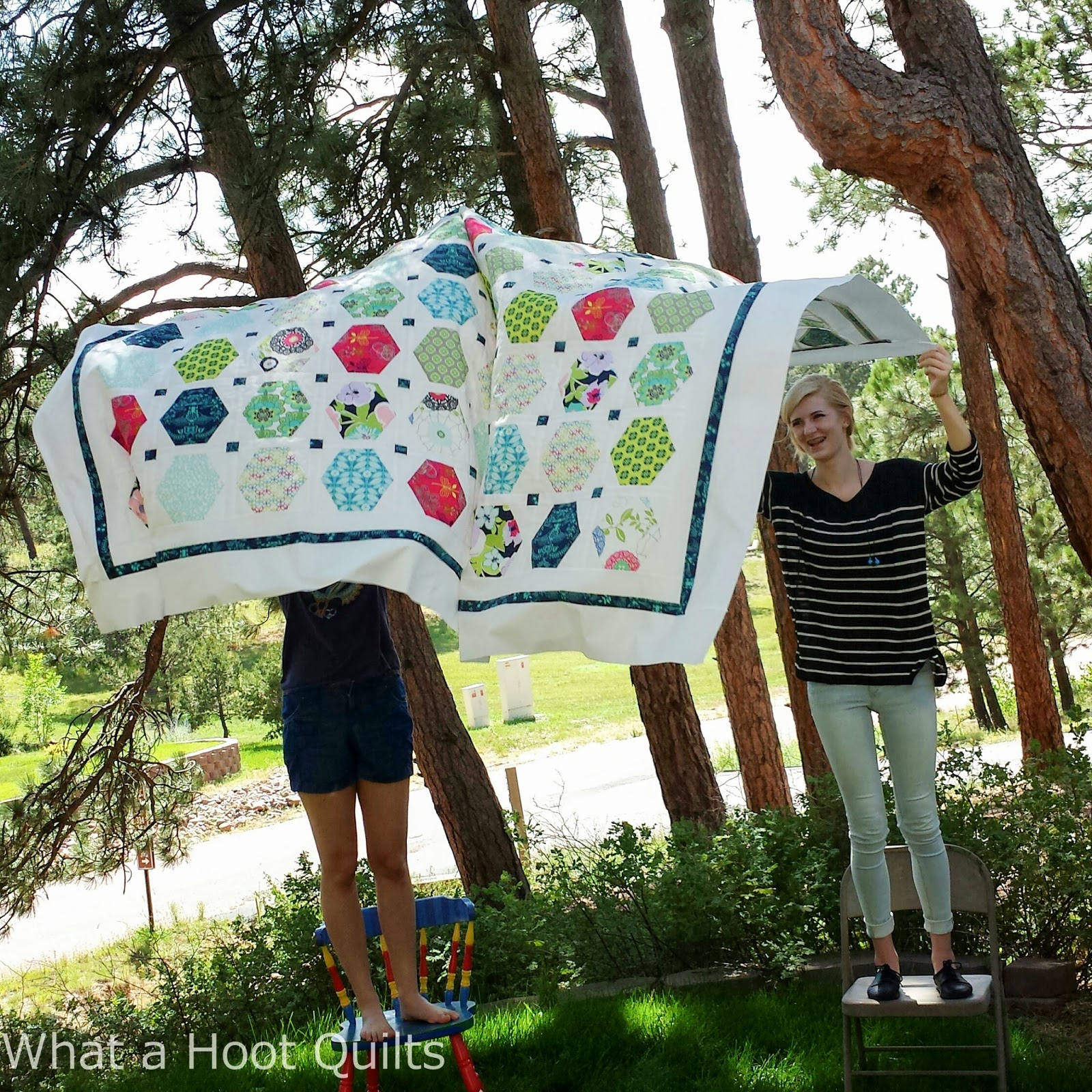 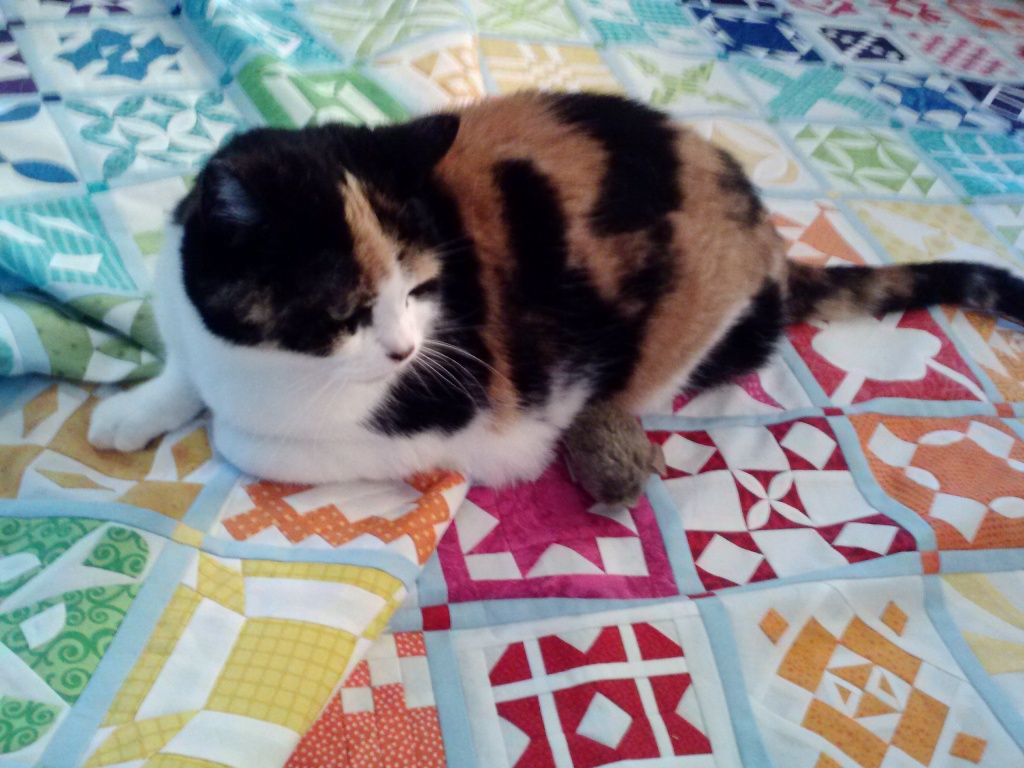 And if I win the lottery (difficult, since I never buy tickets), I'll send these out for quilting: 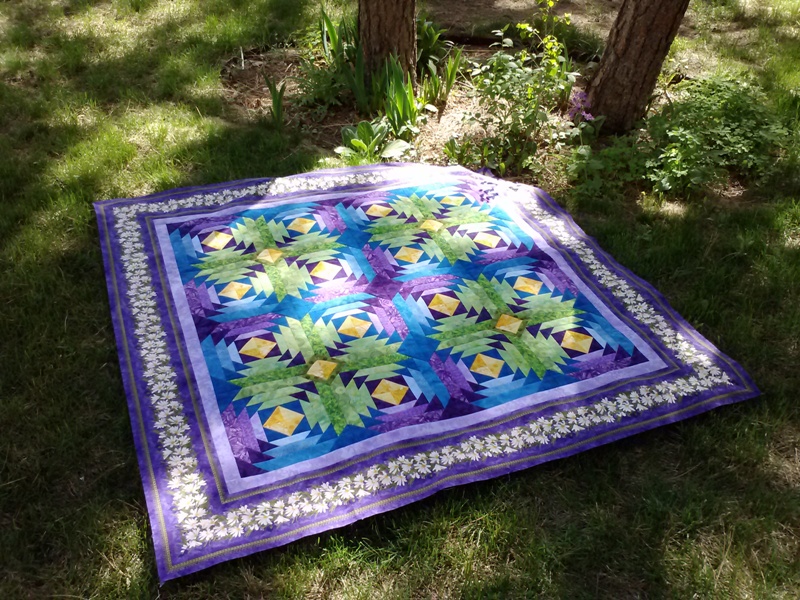 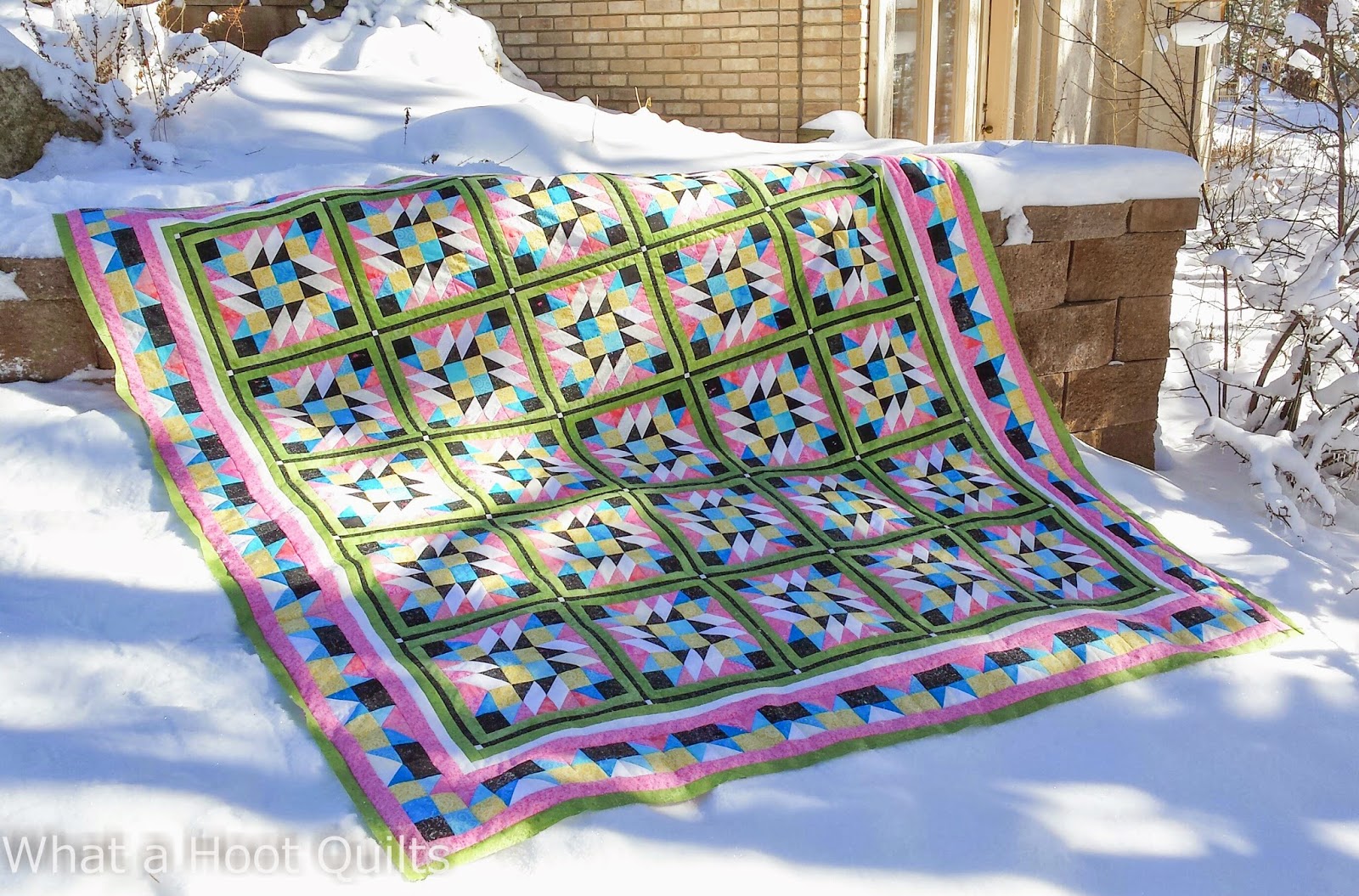 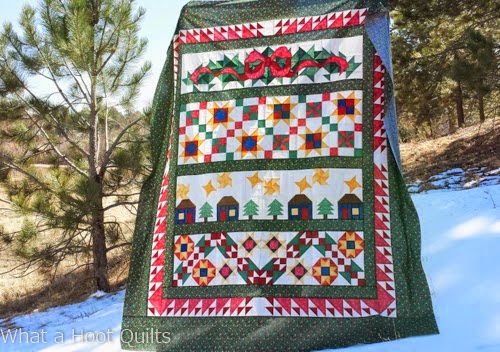 Or any of the other quilts named on my sidebar UFO list, particularly Kelly's projects.

Lots of big dreaming there in that line-up!!  Truthfully, I'll be happy with 2 finishes and thrilled with 3.
Posted by Lynette at 1:16 PM