Welcome to my Link-Up for BOMs Away Mondays!
(We'd love to see the BOM you're working on lately.)

Making good headway on getting all caught up with the entire BOM list – should make it this month!

Wild Rose Cottage (from the Marti Mitchell 2010 Patchwork Party) was on schedule - well, *my* schedule, so here is the June block for that project: 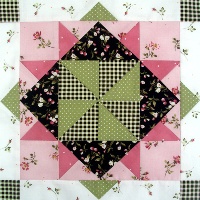 Sea Breeze, on the other hand, was waaay behind. Apropos for this week, though, as we’ve had a Tuna/Swordfish tournament going on in the Destin area for the last few days! For the April block I picked up “Tweedle Dee”: 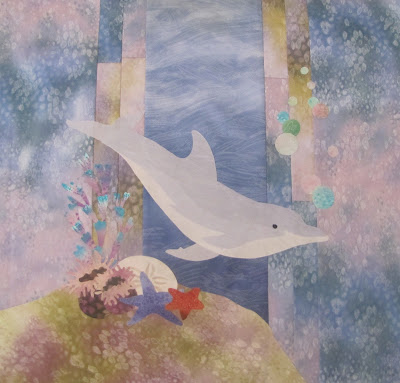 Which meant for May I needed to do “Tweedle Dum,” of course!  (Couldn’t figure out the reasoning for the name until my NaGISA daughter said, “Oh, a cute dolphin fish.”) 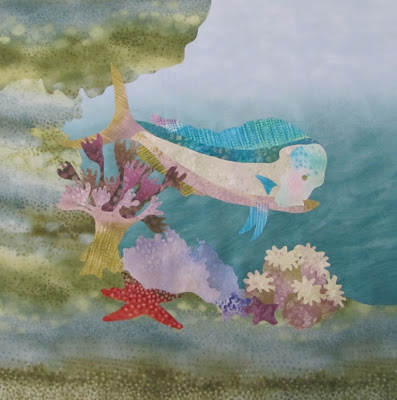 And “The Clampets” got done for June. I love this block, but let me just say that if I had chosen it for April, I would not have done two more blocks this week!!  (Lots and lots and lots of pieces to trace and cut and set and really cut.) 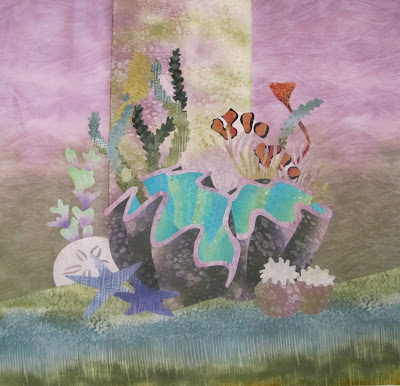 Speaking of NaGISA, just for fun, I had to snap a shot of this really cool Egypt visa in Heather’s passport since she had it out for something she needed ID for. She got extremely lucky and got to go to Egypt on the science team after Christmas 2009 – did their science, helped a university set up a new team, dove in the Red Sea, and got to tour the pyramids, Luxor, and sail the Nile. (Am I still jealous???)  I don’t expect any school teams will be going out there any time soon. 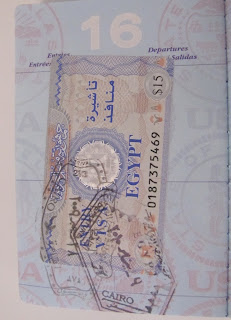 But now it's your turn!  Show us the BOM you're working on lately, and check out what the others are doing!