Here’s my 2018 list of projects I want most to advance. It is doubling for Judy's UFO challenge and the 18 in 2018 challenge.

(There will be other projects worked on during the year, but these are the ones I do not want left behind any more.)

The first twelve, in no particular order, are slated for Judy’s monthly UFO Challenge:

FINISHED 1. Fancy Forest. This quilt is basted and loaded on zippers for the longarm. It will get full-custom quilting. I pieced the top from June to August of 2016, basted it November 2017.   <<First two stages of quilting finished in February, background finished first week of March. Binding finished Mar 28, 2018.>> 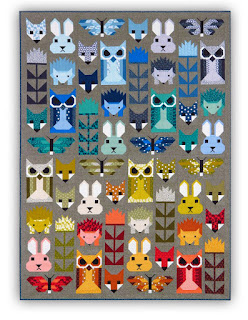 2. Coral Encounter. This flimsy needs to be quilted. I started it at a Judy Niemeyer workshop in February 2012, and finished it that August. 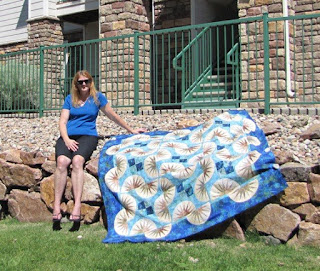 3. Quiet Rebellion on the Pond. This flimsy needs to be quilted.  I made it in August 2012, as a “my own way” approach to a guild challenge from December 2010. 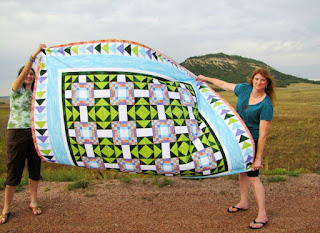 4. Hearts for Kelly. This flimsy needs to be quilted. Everyone in our family contributed to this top in May 2010. We were making it quickly to send to Kelly when she had a stroke (44 years old, dealing with cardiomyopathy), but she died soon after the stroke. L I haven’t had the heart to finish it until now. 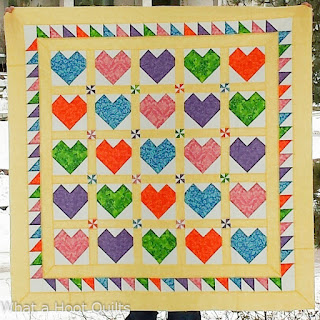 On the frame next 5. Devon’s Quilt. This quilt from 2016 was partially quilted on my domestic machine, and needs to be finished on the longarm. It stalled partly because of technique intimidation and because I had to sew Renaissance gear for 18 people. <<Mar UFO 2018.>> 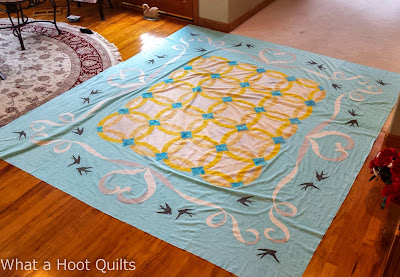 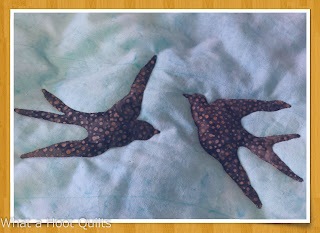 6. Leaded Glass. This flimsy needs to be quilted. It was made at the Cabin Fever Retreat, March 2015. 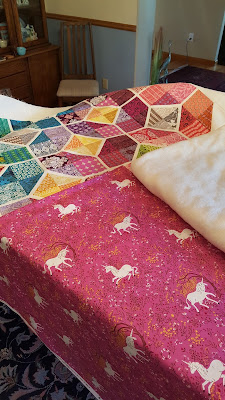 7. Once Upon a Star. This flimsy with trapunto work needs its full-sheet quilting done. Most of the applique work was done and the flimsy put together in November 2012. It had been idle since 2010 at that point. 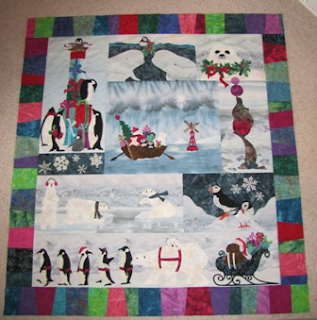 FINISHED 8. Mermaid Fantasy for Heather. Another flimsy with trapunto work that needs its full-sheet quilting. This was originally started in December 2008, I believe. The trapunto work was done in November 2017.   <<Number drawn for March. Completely finished Mar 30, 2018.>> 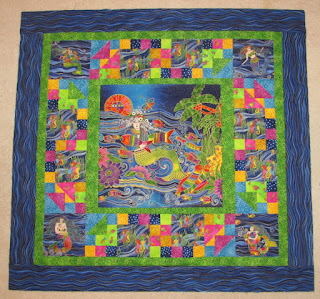 9. Plums in November. Another quilt partially done at the domestic that needs to go on the longarm to be finished. In November 2013, I made this top from a kit that had been in my storage from some time before spring 2012. 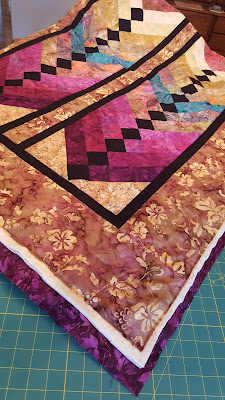 FINISHED 12. 10. (because I don't have the longarm skill set yet to do what is now 12, and 10 is first up for the Elm Street Challenge)   Bohemia. This flimsy needs to be quilted. I purchased its kit in January 2014 and put the top together that month. <<Quilted in January on schedule, and completely finished, including hanging sleeve, Feb 8, 2018.>> 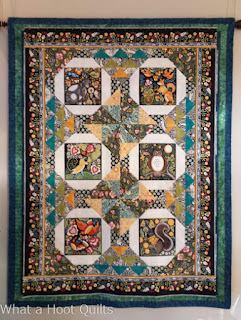 11. Sew Spooky. Another one partially quilted at the domestic that needs finishing on the longarm. It’s even on zippers right now! The quilt top was made in Oct and Nov 2014, and then the domestic quilting was done in February 2016. In Oct 2017, I took all the pins out, and prepped it for the longarm. 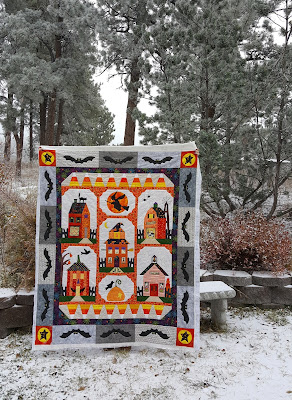 12. Set Sail. This flimsy needs to be quilted. It was a kit I purchased from Quilting By the Bay in Panama City, Florida in 2011. The center was constructed July-August 2013, and the borders were constructed in July 2017. 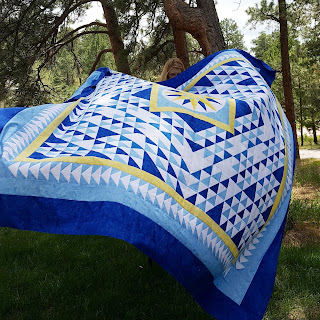 Six additional UFOs are slated with the preceding projects for my 18 in 2018 goal. This is an extension of Meredith and Anne's former 2017 challenge, and will be hosted here this year. They are hosting 6 & 6 for 2018 for those who want to pull in new projects. I'll be playing over there, as well.  :)

13. Dear Jane. This flimsy needs to be quilted. It is definitely on the Top-10 list for this year, but it goes in this part of the list because I know it will take more than a month to finish, and I will be putting it on and taking it off the longarm between other projects to keep the work from becoming oppressive. It will get intensive custom quilting. The top was started on August 21, 2011 and finished on August 13, 2013 - right on time for the schedule I’d set of 10 blocks per month. It has 5139 pieces! The blocks are tiny and intricate. It’s insane, and I loved doing it. I’ve put its quilting off until I developed enough skill to do what I wanted to do. I’m not 100% there yet, but It’s Time to finish this lady! Deana and I are going to spur each other to gets our Janes quilted. Aiming for an April start. 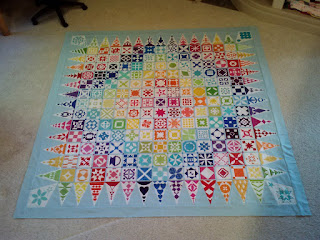 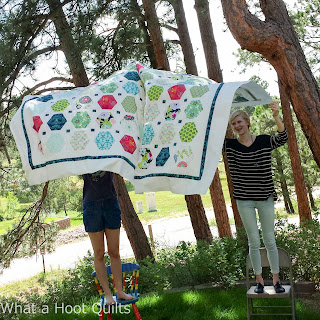 15. Listen With Your Eyes. This project needs to be pieced. It was started in October 2011 at a Jacqueline DeJong workshop at Quilting By the Bay in Panama City, Florida. After a few weeks of work, it sat idle in a gorgeous chest drawer for six years, until I finished the New York Beauty blocks in November 2017. 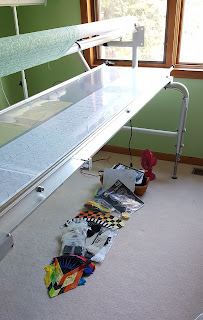 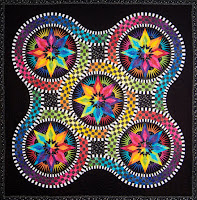 16. Let’s Build a Snowman. This project needs blanket stitching on all the fused pieces. The applique work was done in December 2012, from a kit I’d purchased at Christmastime in either 2010 or 2009. I had to supplement and replace many fabrics from my own stash. 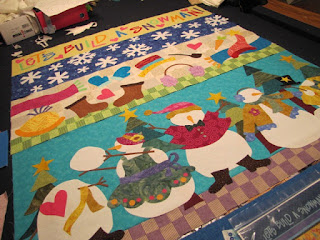 17. Kashmir. This project needs to have its blocks made. It was a kit purchased in August 2012. I got as far as washing and cutting the fabrics, then it was boxed so we could move. 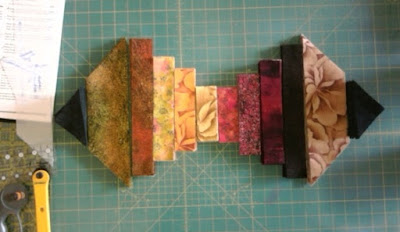 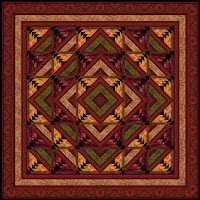 18. Wind in the Whiskers. This project needs to have its fused applique work completed for blocks 3-7. This was started at the end of October 2014 and worked on fairly regularly through February 2015. Some more work was done June – Aug 2015, and then it sat. Because the pattern is horrid. A tiny work was done in March 2017 before it was picked up again in December. I intend to keep this on my regular BOM rotation until it is a flimsy. Hopefully that can happen before 2018 is over! 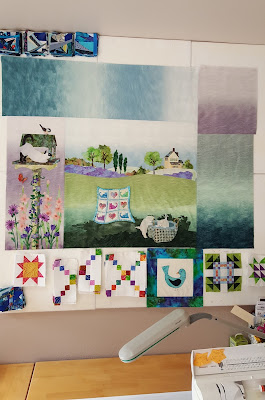 I also hope to “activate” one NETY each month from my deep storage, and none of my BOM projects are on this list. They will advance as normal around my priority work.