Vote for my "Hugs and Kisses from Above" baby quilt :D

Remember this baby quilt that I made for my deceased cousin's first grand baby?


Hugs and Kisses from Above
(blogged here) 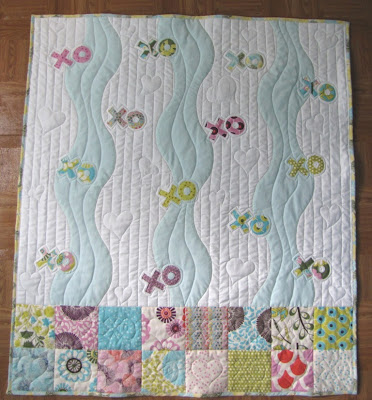 I entered it in the weekly contest over at The Quilting Gallery.

Voting goes until midnight on Sunday the 11th.