BOMs Away Monday - Down the Rabbit Hole

Seeing all the posts on Facebook from those who have finished their Down the Rabbit Hole tops has given me the kick in the pants I needed to get over my block on it and get this quilt going again. Also, this was a January goal to achieve. 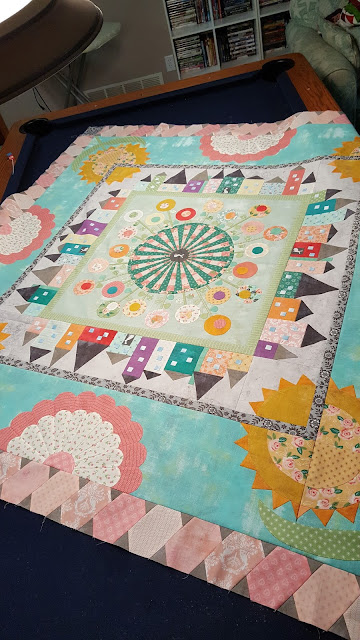 And here it is! Twist border is cut out, assembled, and attached. I'm super happy and have high hopes of putting this one on my bed in April. Lots of work between here and there, so we'll see.

My problem last August was that I couldn't figure out what the heck color I wanted to use. Not being able to envision where I was going with colors on the next borders and how they would interplay with whatever I chose here froze me. Another factor was the fact that I want to augment this to a good king size, and didn't know where I would do that.

So I spent hours yesterday deciding where in the overall quilt I'll insert the necessary inches, and then laying out different color options to figure out what to do with this twist border. After discarding my first, second, third, and fourth choices, I landed on the pinks. 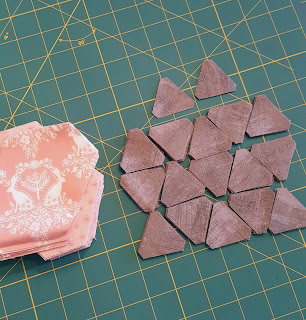 Which was great! That meant I could use some of my backing fabric to fussy cut bunnies to include here and there. It's all about the bunnies, after all.  ;D


On the side, another BOM had progress recently. The next corner for the very complex Block 6 of Fiesta Mexico was finished during TV hand stitch time, so it's up on the wall with its companions. I'll have a pretty wall behind me while I'm quliting for another 12 - 18 months. Love it! 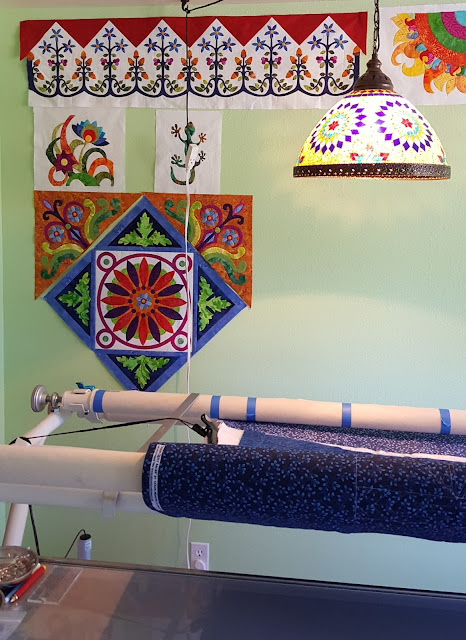 How about you? Did you get any BOM work done recently?


~*~*~
Kate over at Katie Mae Quilts has joined me in hosting this meet-up,
and linking up from either end puts you on the party at both sides.
Posted by Lynette at 7:28 PM

Email ThisBlogThis!Share to TwitterShare to FacebookShare to Pinterest
Labels: BOMs Away, Down the Rabbit Hole, Fiesta Mexico